You may think that air pollution is something that doesn’t really affect you. However, the sad truth of modern life is that practically all countries and societies on Earth are now under threat from this invisible menace. In 2016, the World Health Organization found that 92% of the world’s population is breathing in bad air. Tiny toxic particles which can penetrate deep into the lungs and cardiovascular system are now responsible for more than 6 million deaths per year.

People with sensitive or compromised respiratory systems react badly to inhaling pollutants and exhibit immediate symptoms, such as coughing, wheezing and weepy eyes. Research undertaken by the Asthma and Allergy Foundation of America has found that air pollution can worsen asthma symptoms. A recent study showed that sufferers were 40% more likely to experience acute asthma episodes on high pollution in summer days. Others with more robust respiratory systems may ultimately experience reduced lung function with long-term exposure to pollutants.

Why use herbal remedies?

Mother nature has thankfully and thoughtfully provided us with fossil fuel burning Earthlings with a whole host of plants, which can help mitigate the negative effects that air pollution has on the human body. In fact, most herbs that are promoted for their health benefits today have been used in home remedies for centuries. Herbs and medicines created with herbal compounds can benefit pollution sufferers by:

Which herbs can help and how?

If you are pregnant, nursing, on prescription medicine, have a weak respiratory system or are a sensible human being with access to a doctor, you should always consult a medical professional before using herbal remedies. That said, here are just a few power plants that can help you breath easier on bad pollution days.

Potter’s Encyclopaedia of Botanical Drugs and Preparations considers this pretty, purple-flowered plant as one of the most important discoveries in herbal medicine. More commonly known as Indian Tobacco, it was once used in Appalachian traditional medicine to treat bronchial asthma. We now know it contains an alkaloid named Lobeline, which helps to ease congestion and thin mucus. Due to its anti-spasmodic quality, it’s used in over the counter medicine for treating bronchitis, resulting in deeper and easier breathing. 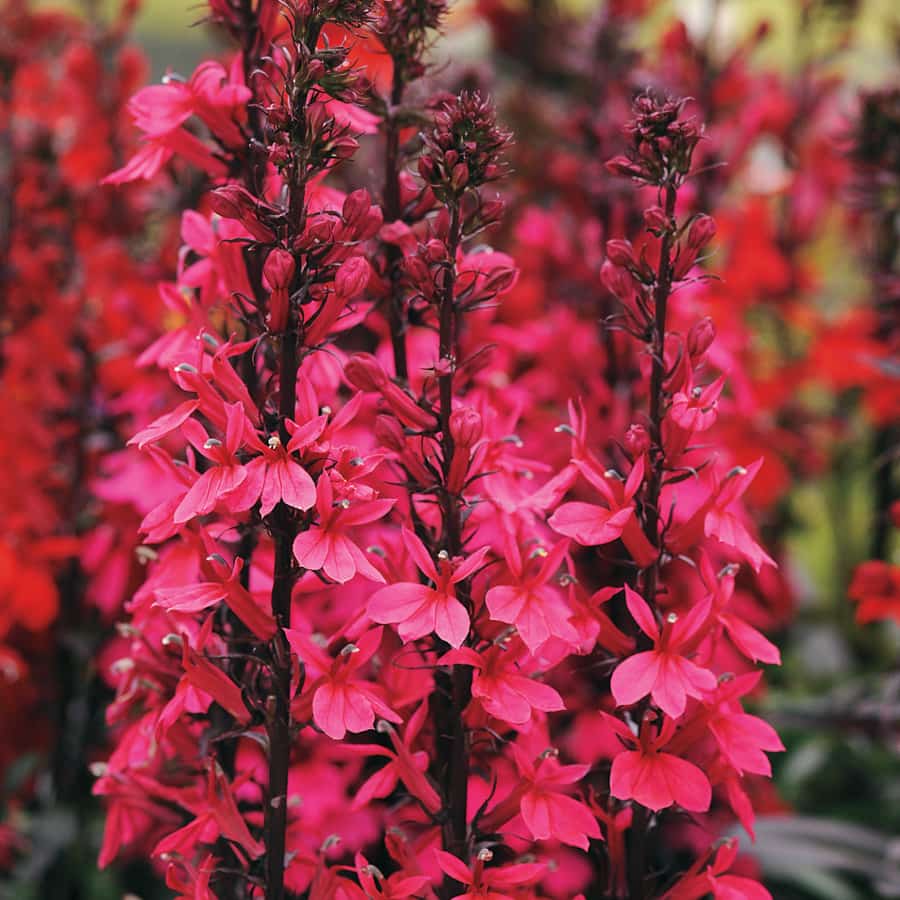 In 1788, Surgeon-General John White arrived with the First Fleet on Australia’s fair shores. Within a few short weeks, he began documenting the uniquely pungent eucalyptus plant. Of course, the incredible healing properties of eucalyptus were well known in many local aboriginal communities, who had used it for time untold to heal wounds, stave off infections and create infusions that ease congestion, colds and fevers when inhaled. Most modern cough and congestion treatments now contain eucalyptus.

It also is a common ingredient in many liquid soaps and antiseptic sprays due to its powerful germicidal properties. Simply placing 1-3 drops of eucalyptus oil into a bowl of hot water and breathing in the steam can help to clear stuffy nasal passages, dilate the bronchioles in your lungs and help shift some of that sticky mucus out of your system. This plant also encourages secretion of sweat glands, which help to reduce fevers. Stock up on the koala bear’s favourite snack if you are suffering from conditions, such as sinusitis, fever, bronchitis, and bronchial asthma. 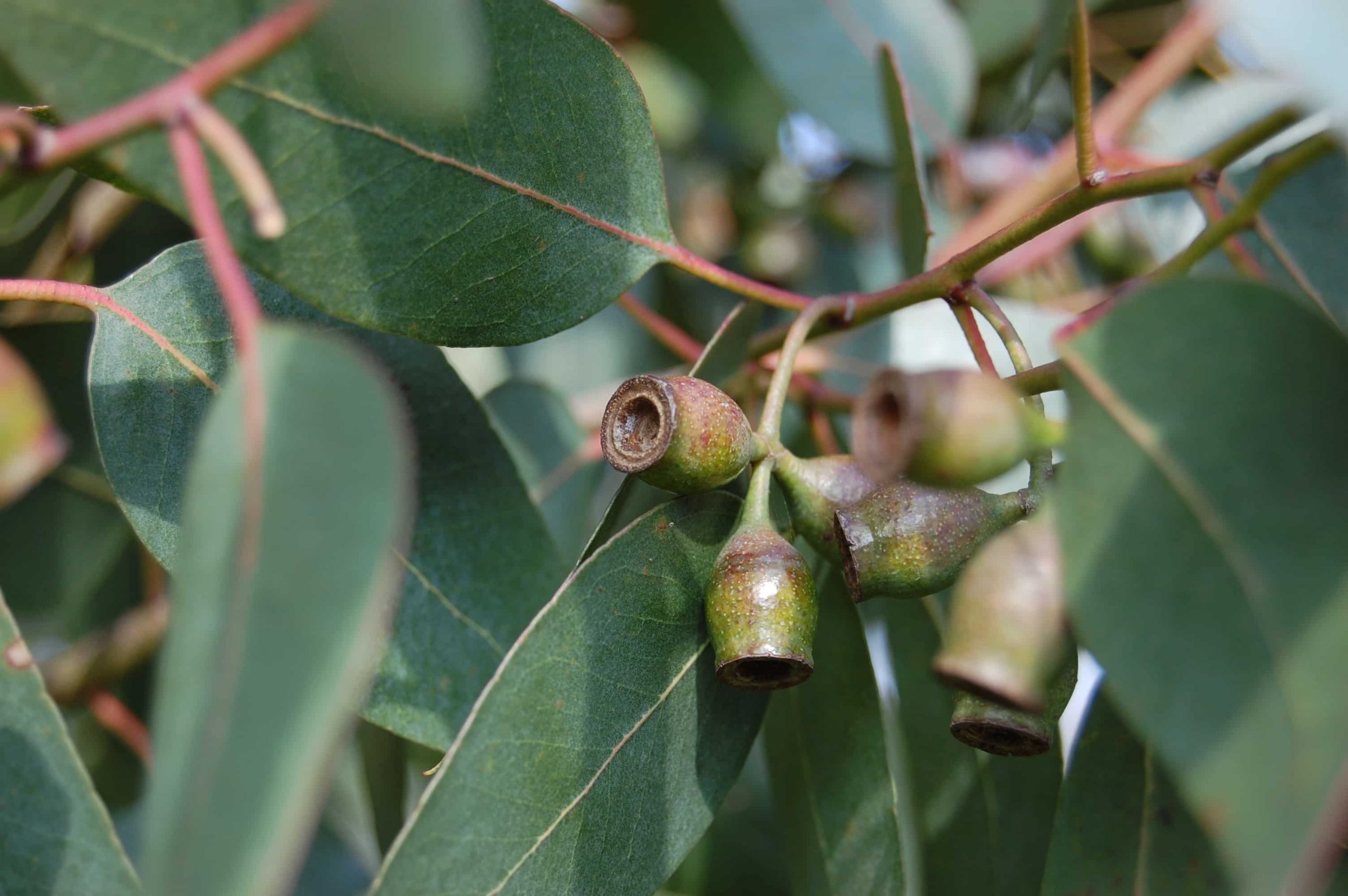 In the early 1600’s, people believed that plants resembling certain human physical attributes could be beneficial to the part of the body they bore similarities to. Lungwort was thought to resemble human lung tissue and was widely used as an effective remedy for respiratory ailments. While this theory was of course eventually discredited, modern research has shown that the antioxidant and secretolytic (mucus clearing) traits in lungwort may be beneficial to boosting lung health.

In modern herbal medicine, it is commonly used as a respiratory aid for its ability to reduce irritation in airways and for its soothing properties. Lungwort’s role as an effective agent for respiratory relief is partly due to its incredible antioxidative powers. Antioxidants are vital for supporting healthy organs and overall wellbeing – especially in the presence of pro-oxidants, or dangerous free radicals, which polluted air is, unfortunately, chock full of.

It might surprise you to learn that your common kitchen herb oregano is more than just a flavourful favourite in Mediterranean cuisine. It is packed full of powerful nutrients that can give your immune system a boost and contains certain compounds containing anti-histamine and decongestive properties. To relieve a pollution-induced headache, try rubbing a small amount of oregano oil on your temples and forehead. A recent article by  Phytotherapy Research asserts that this humble herb is almost as strong as morphine in the painkilling game.

It is also an extremely effective antibiotic and has excellent germicide capable of killing a wide range of fungi and bacteria. So remarkable are the antiseptic properties in this plant that Jean Valnet, author of The Practice of Aromatherapy, describes how oil of oregano is so strong that it is capable of sterilizing sewage…although perhaps don’t try this one at home. 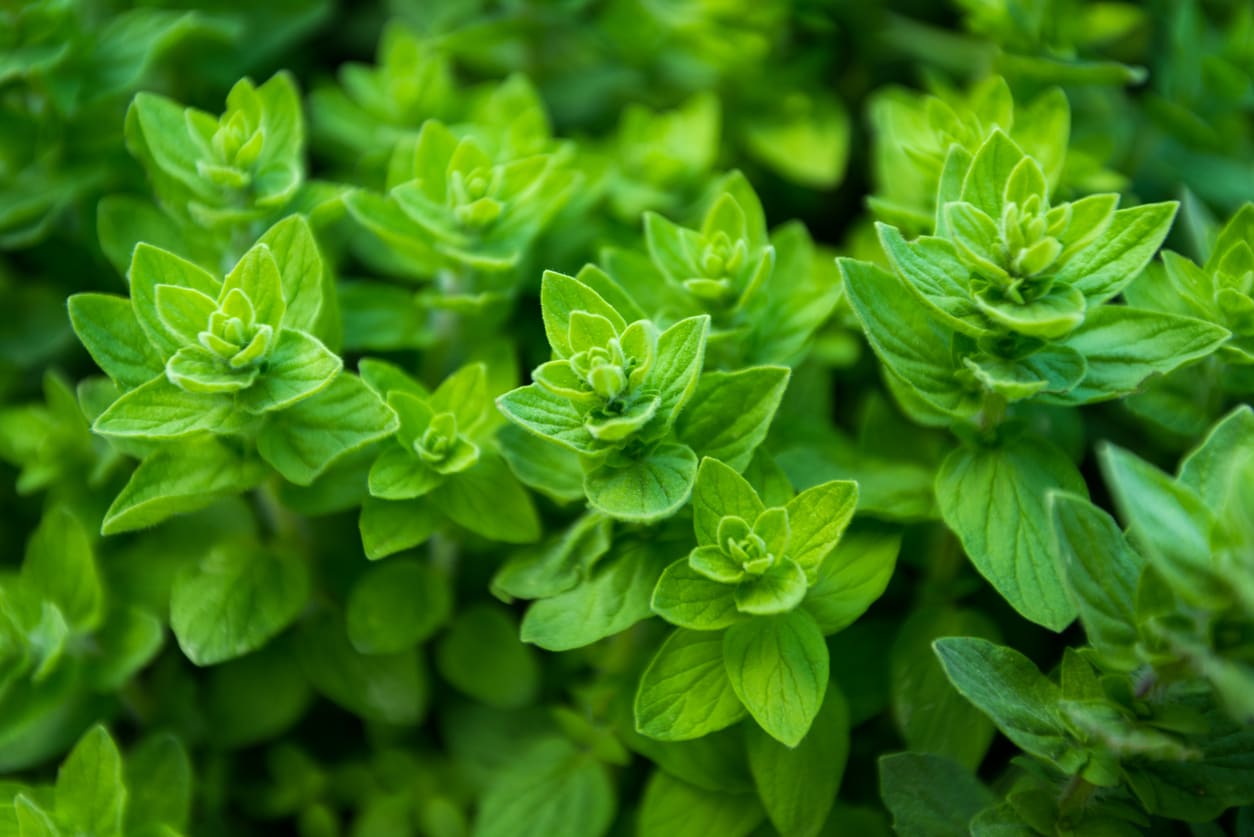 Rather confusingly, plantain leaf is not found on the banana-like fruit plant of the same name. It is actually a green, weedy plant native to North America, Europe and Asia, which has been relieving health afflictions for millennia. Anglo-Saxon texts dating back to the 1500s tout this plant as a miracle cure for a huge range of ailments. The major components of plantain are believed to reduce irritation, curb the effects of harmful organisms, and alleviate respiratory troubles.

It’s used in modern medicine today and can be found in balms and medication meant for soothing the respiratory system, managing cardiovascular problems and treating rheumatism. Recent clinical trials conducted in Germany concluded that plantain leaf is helpful for reducing irritation of lung tissue and curtailing coughs. This has led to its wide adoption as an essential ingredient in many European respiratory medications. 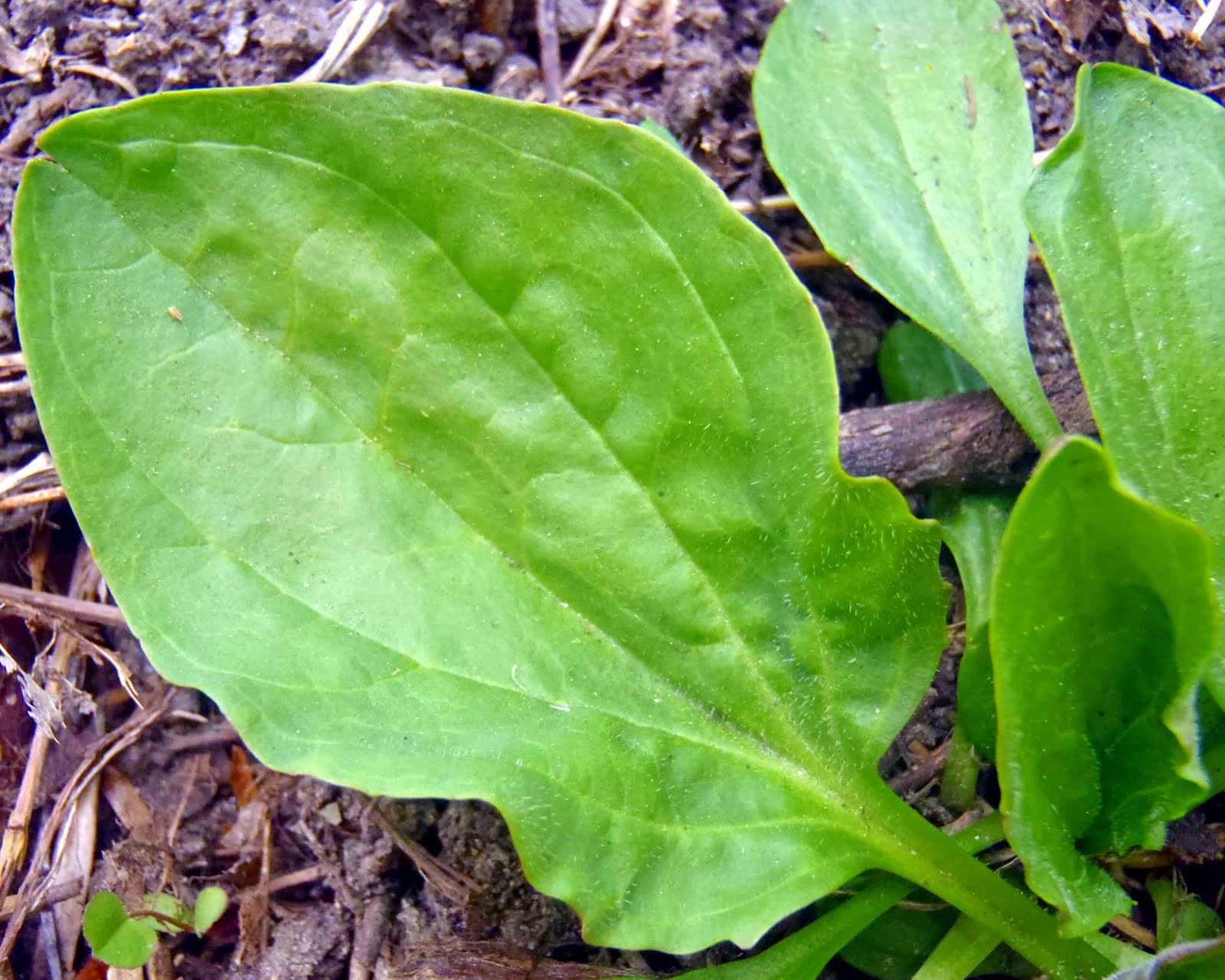 Elecampane, also called horse-heal, has long been used by the Chinese, Indians, Greeks and Romans to relax and soothe tracheal muscles. The herb owes its healing properties to two specific compounds called inulin and alantolactone. When the linings of the bronchial tubes are swollen and red, it can be very difficult and painful to breathe. Inulin soothes the tubes, while alantolactone cleanses the congestion making breathing easier. 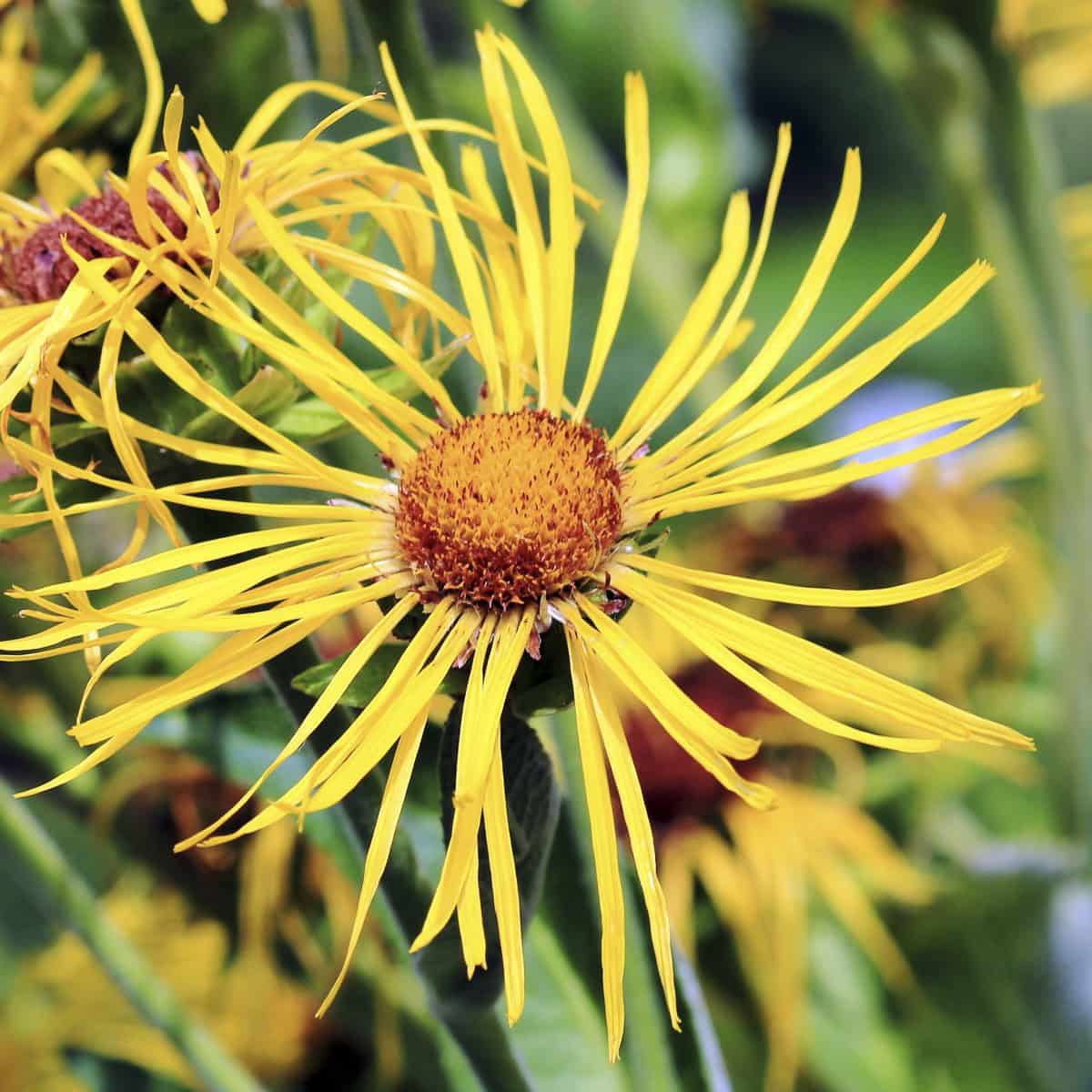 The menthol contained in peppermint can soothe your respiratory tract. Menthol, which is the main chemical component of peppermint, acts as an effective decongestant. Decongestants are known to shrink swollen membranes in the nose, making it easier to breathe. Menthol is also an expectorant, meaning it has the ability to loosen and bring up mucus from the lungs. As peppermint is an anti-histamine and anti-oxidant, it is effective in fighting congested airways and also combats many harmful organisms invading your airways. In an article published by the American Chemical Society in 2015, scientists concluded that: “Based on its wide antimicrobial properties, [peppermint] can be a useful agent for the treatment of uncomplicated infections of the skin and respiratory tract.” 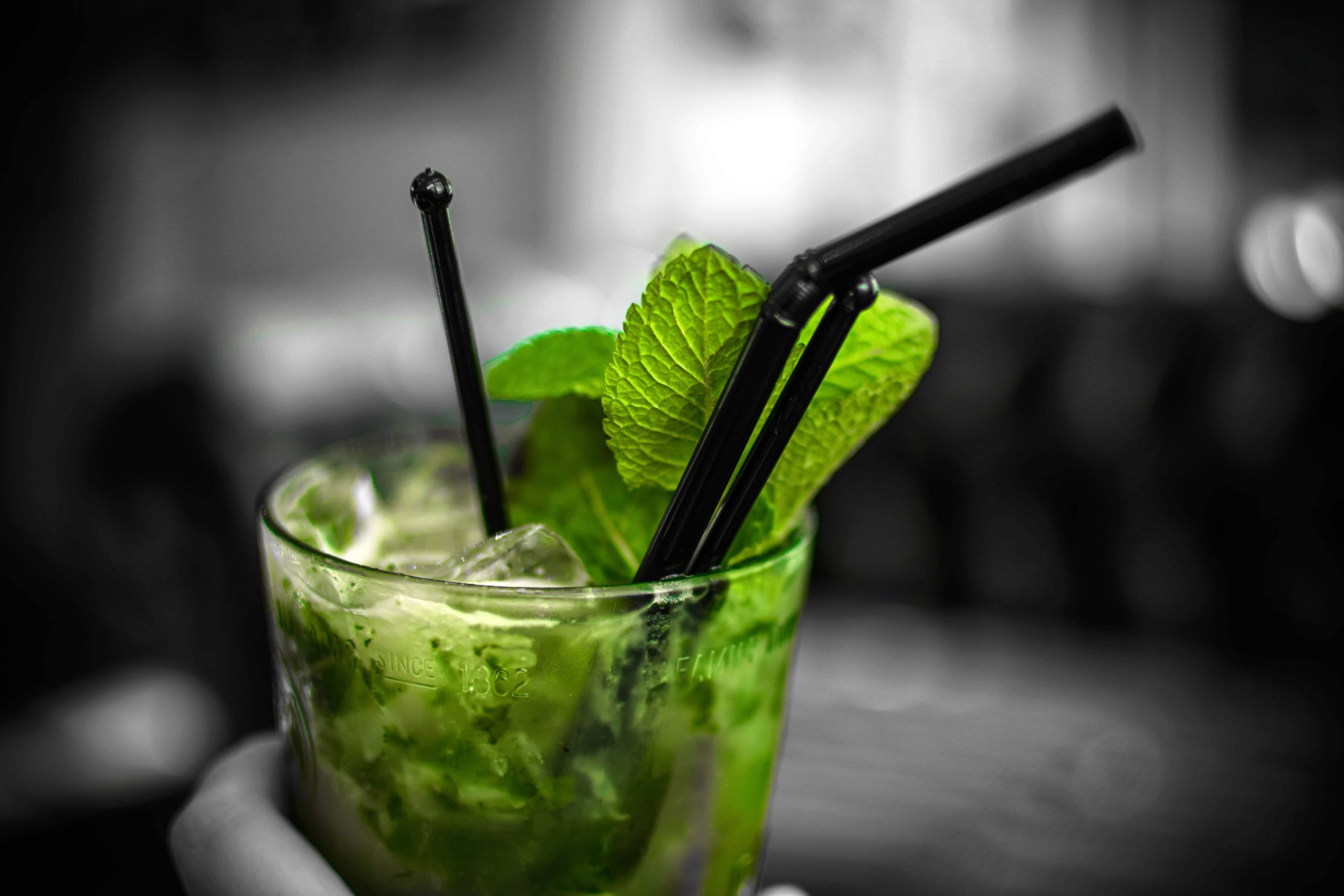 The roots of the Osha herb contain camphor, phytosterols, saponins and other oils, which make it one of the greatest remedies for supporting lung function. The root increases blood circulation to the lungs making it possible to breathe more deeply and clearly. Its antihistamine properties can also calm irritated sinuses and soothe other respiratory irritations. Historically, the root was hailed for its medicinal powers by Native American and Hispanic cultures.

Native Americans of North America observed bears looking for osha and consuming the plant roots directly after emerging from winter hibernation or when wounded or sick. Today, osha is used to treat sore throats, bronchitis, coughs, common colds, influenza, swine flu, and pneumonia. If you find that your throat becomes very painful in polluted environments, consider this using this herb for its numbing effect, which can help alleviate pain caused by irritated tissues in your respiratory tracts. Depending on the strength of the extract, using 6-12 drops in juice, water, under the tongue or as desired 3 times per day can help your aggravated airways.

While a pollution mask acts as an effective barrier against airborne pollutants, it is important to know how to fully support your immune system. Unfortunately, there are no escaping pollutants in this day and age but nature is on our side. Modern medicine continues to find healing properties in many trusted, old home remedies that are inexpensive and widely accessible. We’ve said it before and we’ll say it again, take good care of yourselves. Check with your physician before medicating yourself at home and make sure that you’re not putting anything into your system that your body cannot handle. 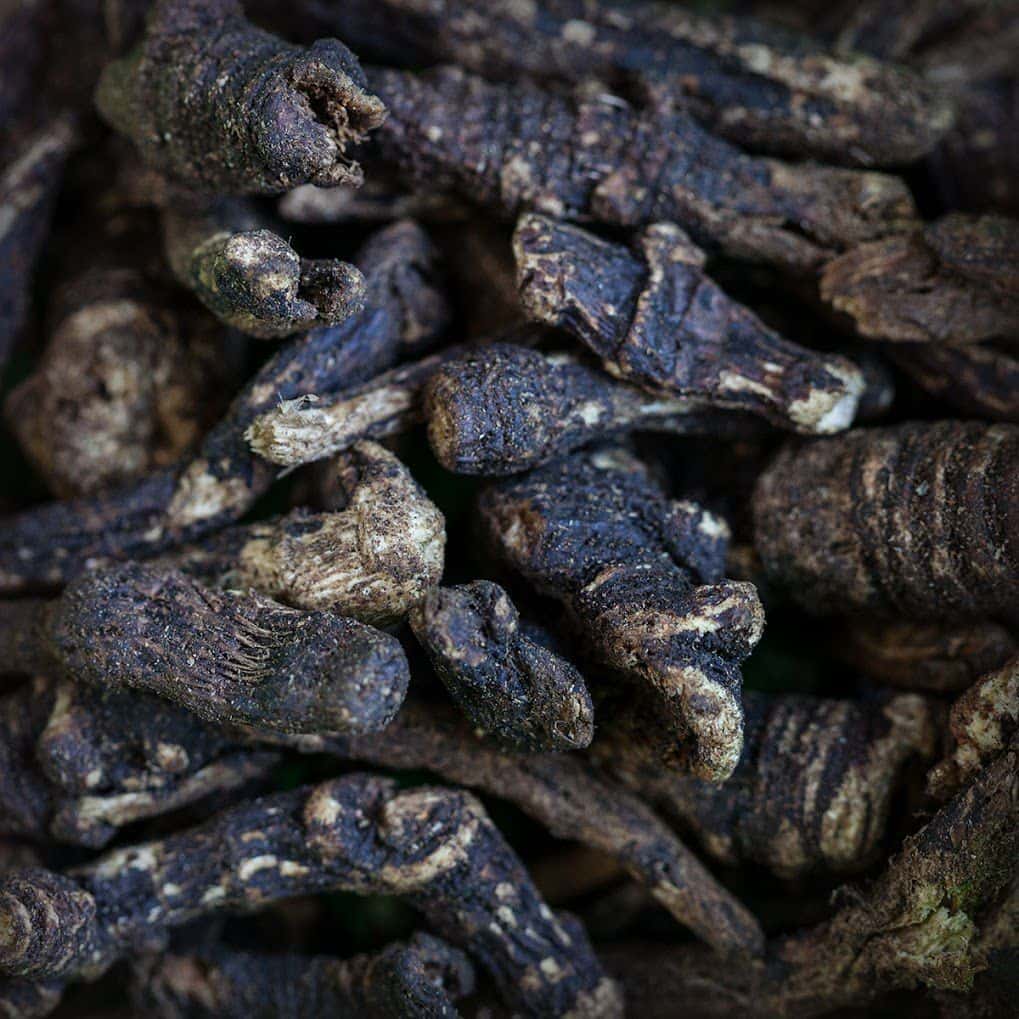 As with any medicine, herbal treatments can have serious side effects for some people, so it is always best to consult with your doctor first.